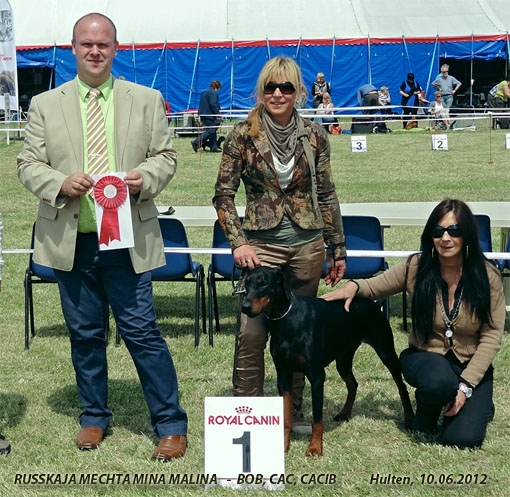 Russkaja Mechta Mina Malina continued her sucsess. The second show in a row she became BOB. This time she was the Best Female CAC, CACIB and Best of Breed on the International show in Hulten. Judge Mr. Rob Douma the very critical breed specialist, does not give exellent if the quality is not there. So we were very happy with an excellent result under his judging. Our youngstar Russkaja Mechta Palina Pralina participated for the firts time in a show and became Best Puppy. Russkaja Mechta Ozorna O’Russka was second exellent in the Junior class. Congratulations to the owners.

Another nice thing on this show was the meeting with an older dog, who did not participate this day but was the BOB on this show in 2010. It was Russkaja Mechta Drug Dadjo (Ramonburg\’s Cinji x Zanoza iz Zoosfery). I could not keep my camera in my pocket and of course I made a photo of him so you can see how beautiful he became. 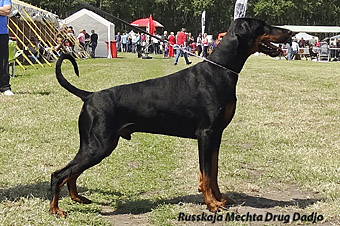