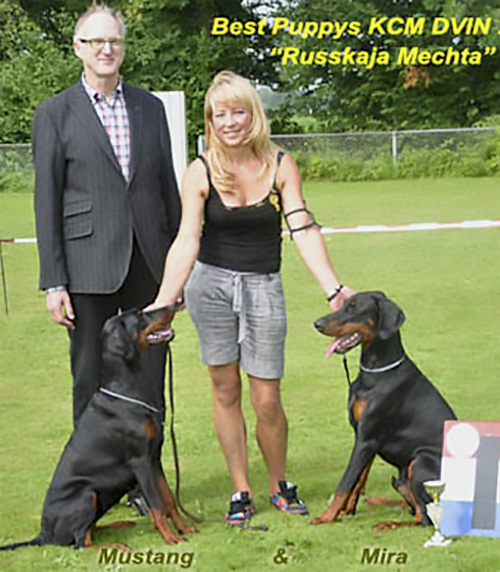 The KCM is the yearly organized Specialty of the Dutch Dobermann Club. This year the number of entered dogs was more than usual (80 dogs). A very positive developmant. The good wheather made this day a success! From Russkaja Mechta (my kennel) there were 11 dogs present and I was more than satisfied with the results. A Special and very honorable performance was made in the group classes. We became Best Breeders Group with a group of 5 males! The Females group became third.
A Very nice debut was made by the youngest pups from the last M-litter in the puppy class. The Male Modny Mustang was the winner of his class and became thus Best Puppy Male, and the female Mera Madera in competition with her brother became Best Puppy of the KCM
JUDGES: I. Onstenk-Schenk, D. Baars